We know the last thing you want to do is maintain another set of customer interaction scripts. So we make things easy for you: Visual IVR+ works with your existing IVR scripts.

Most modern IVR systems run something called VXML (short for Voice XML). Our Visual IVR will read those VXML scripts in real-time and render them out on your users smartphone or mobile device.

Any changes made to your VXML script are immediately and automatically reflected on the mobile device! It couldn’t get any easier! 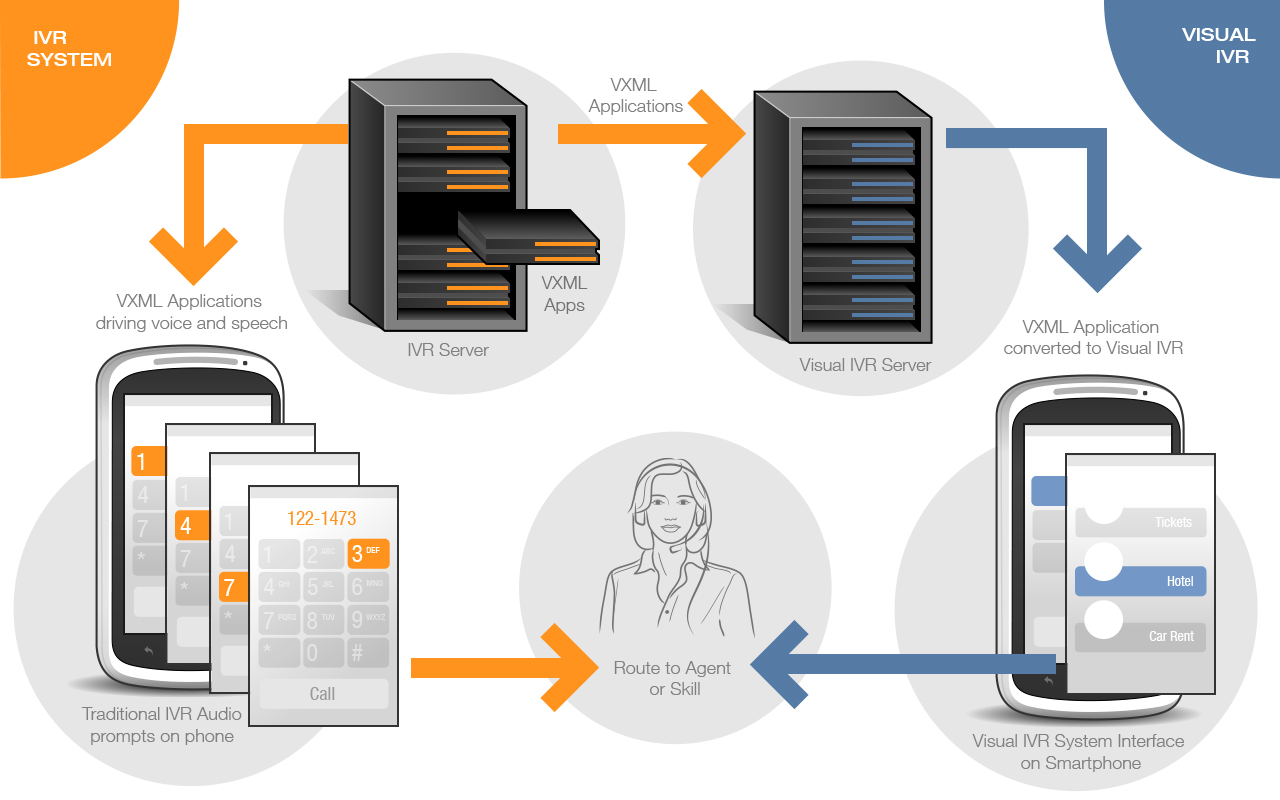 What about the pre-recorded voice segments in our IVR system?

If your IVR is using pre-recorded voice segments (example, a collection of .WAV files), we will perform a one-time mapping exercise to give each sound file a textual description. That way, Visual IVR can display the relevant content to the mobile device user.

What if our IVR system doesn’t use “VXML”?

We are able to work with most IVR formats. While VXML is an emerging standard, we realize many older IVR systems still run a proprietary protocol. Contact us to inquire about how we could map your IVR tree.

Will the agents get a “screen pop”?

Visual IVR fits in seamlessly with your existing IVR technology. If your IVR system currently provides a screen pop, they will retain this feature with Visual IVR. However, we can actually supplement your screen pop with a detailed interaction history to show you exactly what your customer did before reaching out to your agent.

What about customers who do not have smart phones?

Visual IVR supports multiple output channels. While web, mobile web and native iOS and Android are very popular, there are large sections of users who do not have smart phones. Visual IVR can support non feature rich phones through the USSD (Unstructured Supplementary Service Data) protocol. USSD is supported across most GSM carriers and provide an alternative mechanism for rendering a visual IVR interface to these users. More information can be found here.

We use cookies to make interactions with our websites and services easy and meaningful, to better understand how they are used, and to tailor advertising. You can read more about our cookie use here in our Privacy Policy. By continuing to use this site you are giving us your consent to do this.